Free statement of complaint and grief

Posted on 20. November 2020 by dannenroederwald 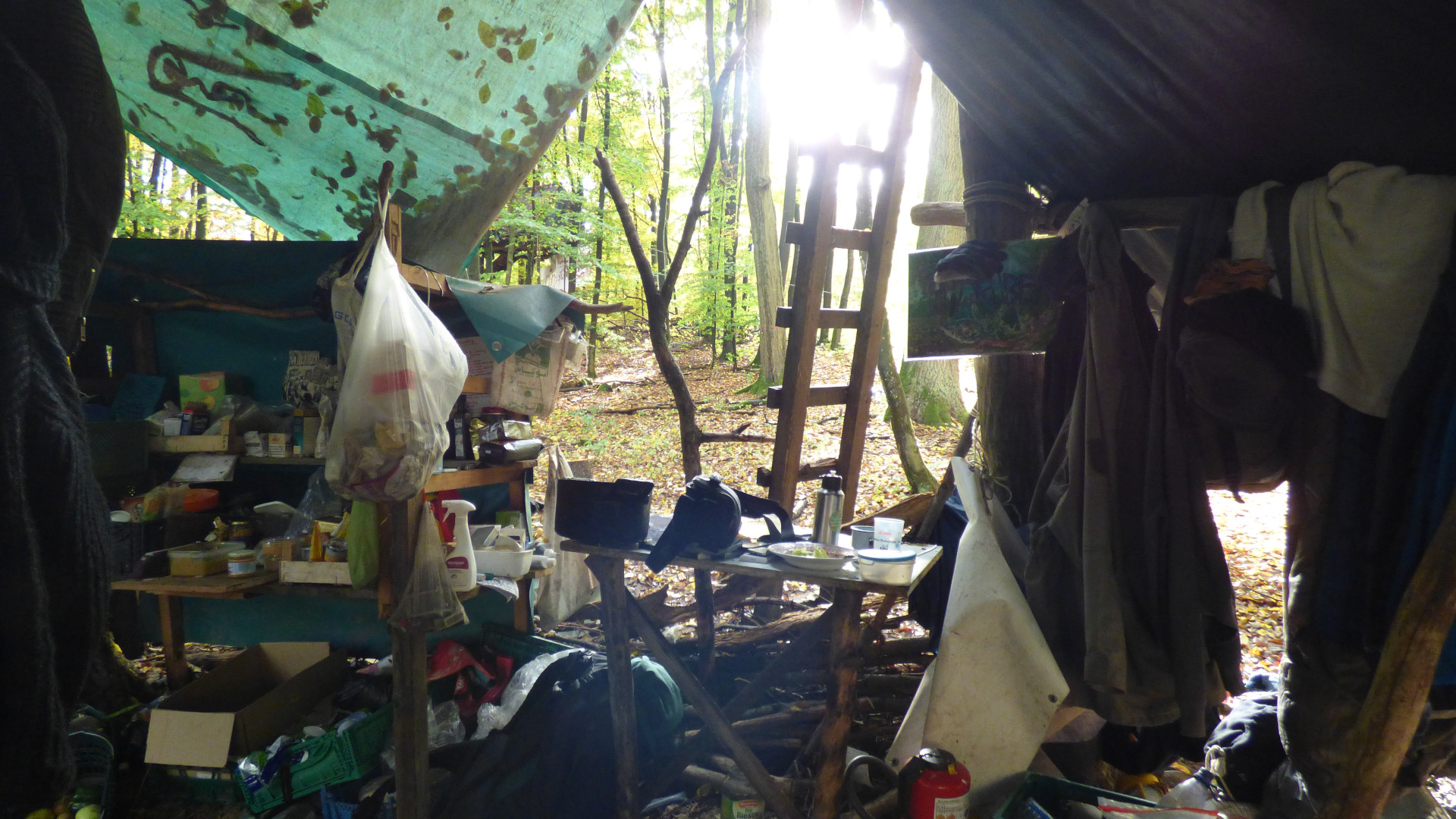 Once upon a time in the barrio Drüben…

If you arrived at the Ground Kitchen in the late morning, unsurprisingly something was cooking already on the fire. A pot of coffee, or porridge or even already a colourful stew, that somehow always was really tasty. Had the food ever been completely messed up? Maybe once or twice, a burned something was served.

People moving around, not in a rush but steadily keeping on building something. Spirit Level got walls just lately, then a door and then even an oven for the upcoming winter.

People slept there close to one another, to share their warmth and maximise it.

Do you remember, when Spirit Level still existed? Before it got ripped down by the uniformed perpetrators from the state? Damn it yes, it just happened days ago.

Spirit Level had a couch. It was a living room and a bedroom, and on a rope, harnesses were placed to borrow spontaneously – to maybe climb up high to Cop Catcher or Baramborak.

Drüben was a home. Its people were creative and funny and international and anarchist. It was a fantastic, open space. 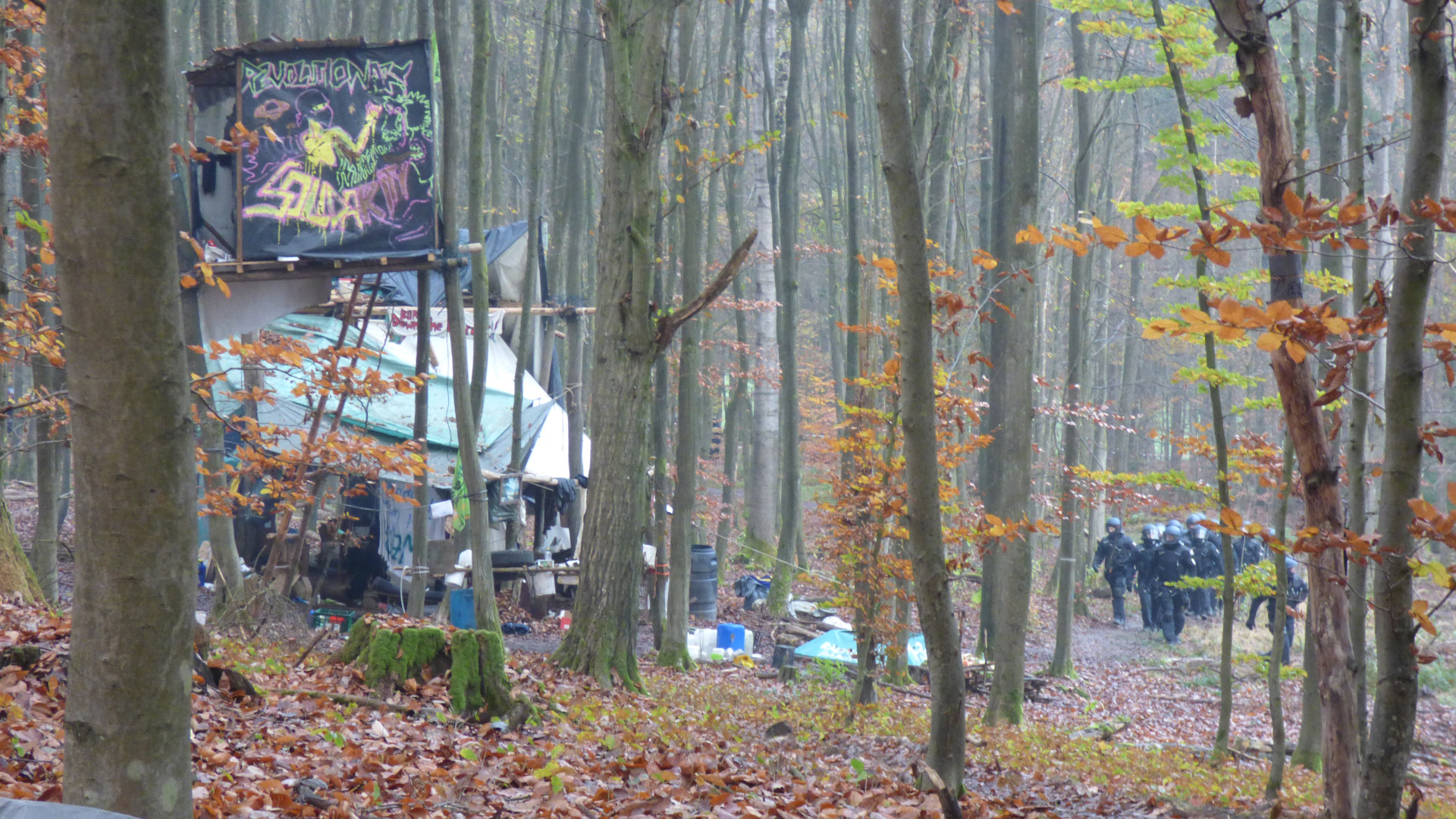 Then it got intruded by faceless civil servants, who do not like gender discussions, with their weapons and machines. And the inhabitants of Drüben’s tree houses got ripped down ruthlessly, risky and without hesitation. Then the rest got ripped down. And that was what they called work.

Work for a project so obviously fallen out of time. For a system threatening life and survival. And then you even get mocked by the grim people with their dark-blue helmets, while you are holding on in the trees. And so phony they talked about the whole destruction of homes and drinking water reservoirs – as a simple work assignment, that shouldn’t affect them closely in any case. So they stick stubbornly to their law-obedient ideals.

Self-righteously they work with “speed over safety” on this ridiculous order from the conservative/wannabe-green Landesregierung Hessen, that continuously talks its way out of responsibility when asked. Fucking hypocrites!

Damn it, this is about our future!

Actually, I’m not even angry in the first place, but sad.

Drüben is gone, and what remains? The people, no matter, where they are now.

Independent human being from the forest occupation Dannenröder Forst

One Response to Free statement of complaint and grief